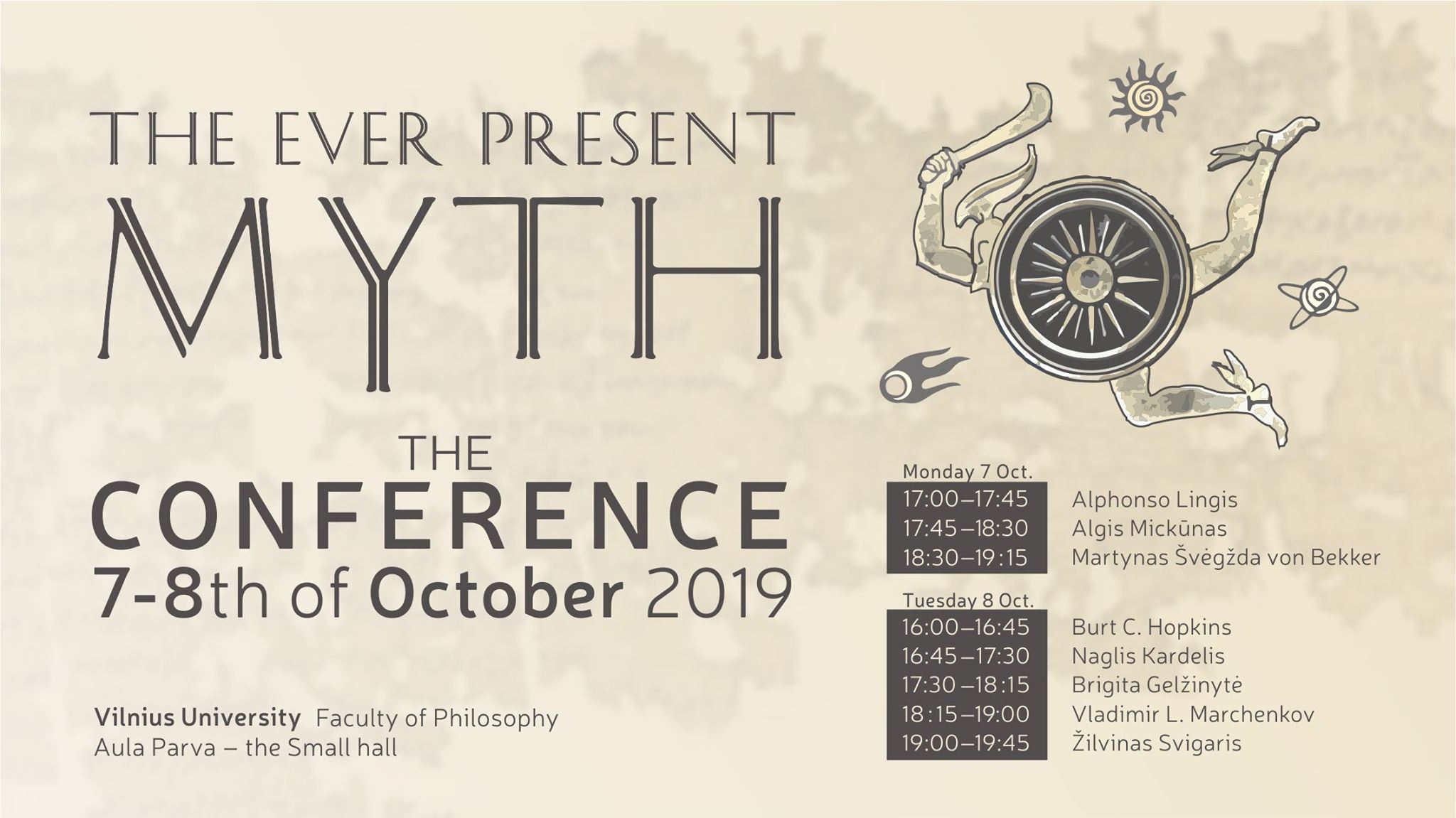 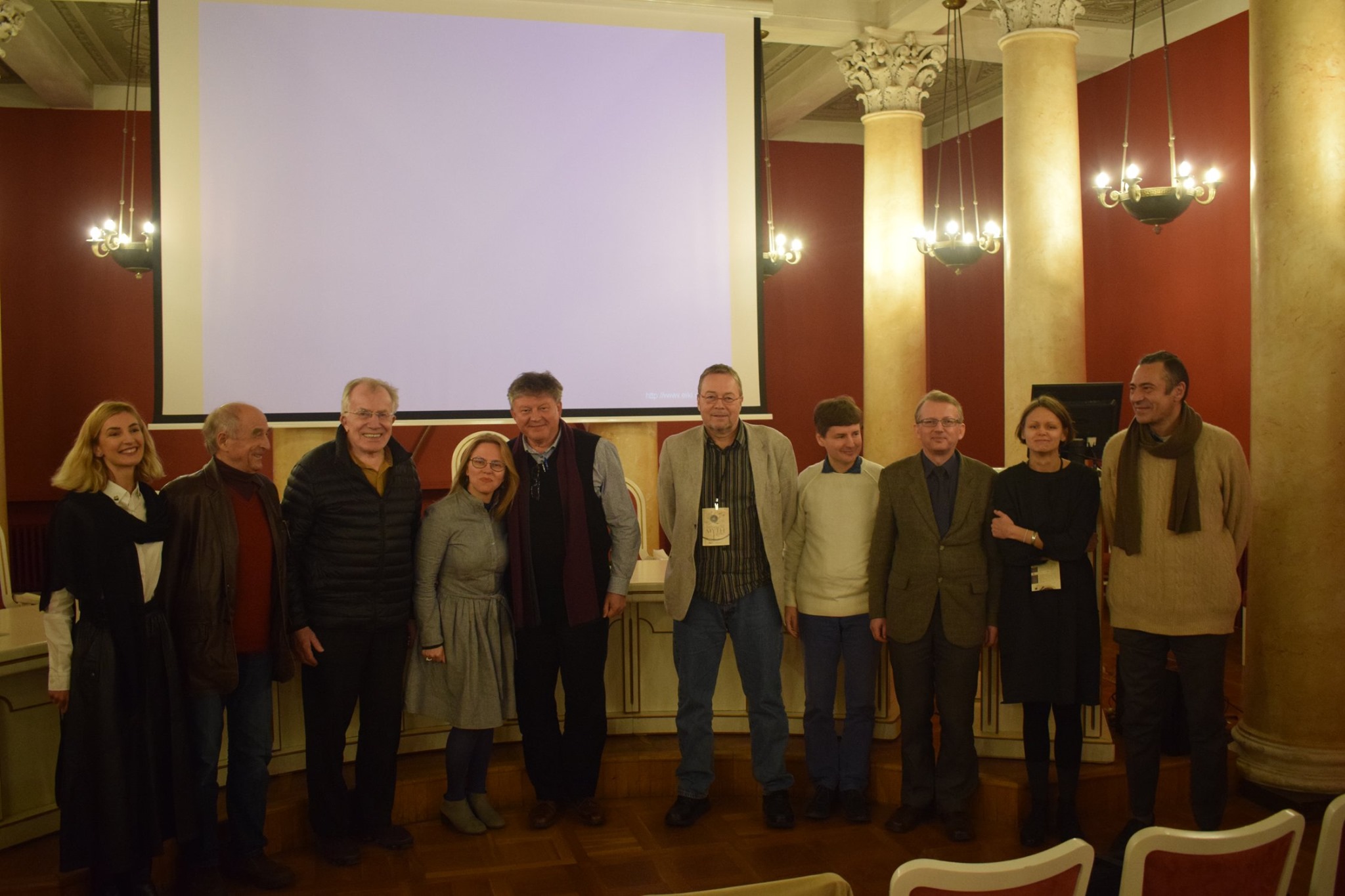 Jean-Luc Nancy opposes myth and literature. Herder, Schlegel, Schelling, and Bachofen elaborated the modern understanding of myth. Myth, created by the community, depicts and found community as communion of humans with one another, with the dead, with ancestors and with gods, with other species of animals, communication, communion with nature and with the cosmos. Literature has evacuated this conception of community as communion. Our study of Gabriel Garcia Marquez’s One Hundred Years of Solitude breaks down this opposition of myth and literature. It also breaks down Nancy’s conception of the concept of community, death, and community without communion.

Hermes, Mystics, the Prophets, Gurus, Shamans, and numerous Sagas, tell us how to live, to die, what is good and evil, our purpose and destiny, but they do not recount the origin of their wisdom, and the origin is Mythos before specific stories are presented. Various thinkers speak of open horizons, the clearing, and even debate whether humans are fallen angels or risen apes; yet in all cases there is an understanding backgrounding such speaking. It is the background Mythos which this presentation shall attempt to trace.

Martynas Švėgžda von Bekker „Creating the World: The Transparency of Indian Vedic and Lithuanian Mythical Hearing of the World “

The paper attempts to discover and explore parallels between the archaic folklore music of the Lithuanian and Indian regions and reveal the links between those distant traditions with the help of discoveries of philosophy, musicology, anthropology, philology, mythology, etymology and semiotics. Furthermore, exploration of the similarities of the Lithuanian language and Sanskrit helps to discover those parallels between Lithuanian and Indian cultures even more in-depth. The parallels between those cultures paper justify by comparing and analyzing the world-hearing and the world-sounding, which we find in language that is, in speech, dialects, proverbs, songs, riddles, fables. Moreover, those parallels we explore in mythological worldviews of those distant cultures, the worldviews which we primarily find in personalization and personification of Nature. Paper also philosophically reveals similar examples of myths of Lithuania to India, and present the relationships between the understanding the world, which these cultures named, voiced through their meanings of words: syllables, vowels, consonants, sounds, their meanings and possible vivid characters implying special symbols. Paper not only searches for present or former relations between folklore and mythology of these cultures but also emphasize the significance of these outcomes and discoveries for present-day Lithuania, the formation of its culture and identity in a global context.

Burt C. Hopkins „The Unwritten Teachings in Plato’s Symposium: Socrates’ Initiation into the Ἀριϴμός of Ἔρως“

The paper argues that the ontology of Self behind Descartes’s paradigmatic modern account of passion is an obstacle to interpreting properly the account Socrates gives in the Symposium of the truth of Eros’s origin, nature, and gift to the philosophical initiate into his truth. The key to interpreting this account is located in the relation between Eros and the arithmos-structure of the community of kinds, which is disclosed in terms of the Symposium’s dramatic mimesis of the two Platonic sources of being, the One Itself and the indeterminate dyad. This interpretation’s focus is the vulgar and philosophical dimensions of the phallic pun at the beginning of the dialogue. Both dimensions of the dialogue’s opening joke manifest the appearance of Eros in the dialogue as a distorted imitation of the koinonia of the greatest kinds: Being, Rest, Motion, the Same, and the Other.

Brigita Gelžinytė „The Death of Narcissus in the Mirror of Hegel“

Hardly any other myth has been so much exploited and still so misunderstood as the myth of Narcissus. Modern literature, visual arts or psychoanalysis have exploited it for more than a century. Among others, such authors like Schopenhauer and Nietzsche already ascribed this image to the modern consciousness in general. For due to its emphasis on reason’s self-reflective activity as a constitutive power of reality, it presumably threatens with narcissistic solipsism. Narcissus is identified by his failure to see the other, as even in the other he can only see and desire himself. His obsession with his own image is assumed to be his fatal flaw. But what if it is quite the opposite? What if this involuntarily desiring and possessing one’s self as the other or the other as oneself becomes precisely what eradicates the tension between oneself and the other? What if the promise of Narcissus’s redemption lies precisely in his tragedy? Even though Hegel pays only scarce attention to the figure of Narcissus, it is attempted to show that we find the myth implicitly retold once again in the fourth chapter of the Phänomenologie.

Vladimir L. Marchenkov „Notes on the Necessity of Myth in Culture“

The paper argues that myth’s necessity for a culture rests on its distinctive characteristics: realism, immediacy, holism, and personalism. The negative attitude towards myth in modernity stems from the peculiar structure of the modern subject, where all faculties are subordinated to the will to power. This subordination reduces rational thinking to the instrumental intellect and leads to the rise of a peculiar modern mythology in which the lifeless, inert world is conquered by the “rational” and “free” human being. The story of this subject’s infinite expansion bears the name of progress. It is for the sake of progress that the modern subject inverts traditional myth in order to create its own, a myth that will make progress unstoppable. All characteristics of traditional myth mentioned above are obstacles for the modern subject and it is no surprise that all of them constitute the chief problems in modern thought. The reality of the world became the earliest victim of modernity but the others—immediacy, integrity, and personalistic nature of human experience—also became problematic nodes in modern intellectual history. The modern subject has been deeply divided about them from the outset and in the end of its journey so far, in post-structuralism, came to a wholesale denial of all of them. The paper ends with a prediction that, if a new mythology is to replace the modern myth, it will have to arise from a differently conceived relation between reason and will as the core of a new type of subjectivity.

The individual was once rooted in his lineage, and in some countries this still applies to this day. However, this rootedness becomes a more and more unpopular alternative to popular technological culture, based on the illusion of progress, which builds the globalized world today. Economic, political, social and other processes intensively promote the Western concept of the individual who is free and independent of all ethnic and even cultural values. The individual no longer belongs to his family, tribe or state. Local cultural values and underpinnings of the millennia are treated as obsolete, and are replaced by superficial, globally-spreading technological achievements with increasing scale and noise. All attempts to maintain an ethnic, cultural, or other identity become a matter of survival for many nations, and this is no longer dependent on the size of a nation. Therefore, the presentation tries to answer the question of how to preserve cultural and ethnic identity in a globalized world. Ethnic identity, rooted in the archetype of lineage and relations to the origin of community, mythically links man to the cultural heritage of tradition, its wisdom and values. The origin of many archaic traditions extends to the mythical world of the gods. Such tradition is also found in archaic Lithuanian folklore. Relations of the family here go beyond the concept of the family today. Man is associated with nature, animals, trees and plants, he sounds together with the universe in old Lithuanian songs. The presentation explores mythopoetic rootedness developed in archaic Lithuanian folklore, where an individual resides in the creative nature together with his community. The articulation of the phenomenon of rootedness is extremely important today, because the identity in global society will be maintained only by those communities that will preserve and cultivate their essential relationships with the past, which mythically links them to their origin.